Veteran Ghanian actress, Lydia Forson, has made a shocking revelation about what happens in Ghana.

She stated that when people hire others for a service they have to be nice to them and tip them, before they do what they were paid for.

According to the actress by tipping, it means someone has to be nice and bribe those they paid to carry out a service for them. Lydia added that at times she has to beg and play nice to people she hire to work for her before they do the job she paid them for. This is absurd and unimaginable. It is entirely different from the Nigerian reality.

“In Ghana when you pay someone for a service, you have to be nice and tip them to do what you PAID them for. You people heard TIP and jumped on this tweet like anyone’s talking about general tipping, which I over do. We’re talking about you having to all but beg and play nice to someone BEFORE they even do they work you’ve PAID FOR. I shouldn’t have to explain this, but Twitter…” 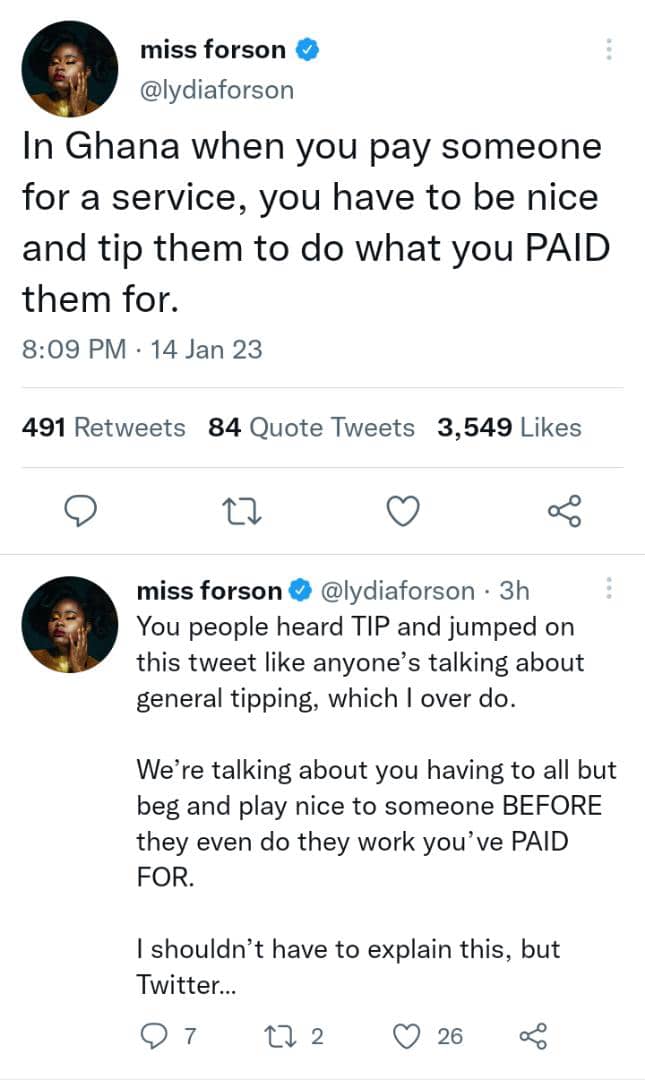 Kunle Afod expresses gratitude as he escapes death, while his driver, and helper get burnt in fire accident (video)

Apple Watch Climbs the List of the Top Wearable Gadgets

The Most Popular Celebrity Baby Names of the Millennium

A Look at How Social & Mobile Gaming Increase Sales

Boxtrade Lands $50 Million In Another New Funding Round

The Definitive Guide To Marketing Your Business On Instagram

Mobile Marketing and the Future of E-Commerce

Things to Look For in a Financial Trading Platform